Last week Friday, the BBC broadcast live coverage of the Test Match Squash tournament, via BBC Sport’s online platform; this asks Should the BBC capitalise on this?

Well, the answer is Yes, as it could this be the start of Squash coverage finally on a free-to-air TV channel.

With the lack of televised Squash in the UK on a free-to-air channel, having both BBC Sport and YouTube Live streaming the tournament marked the first time two platforms (notably a British one) were going to stream a live Squash tournament. 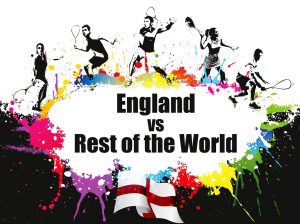 The significance of Test Match Squash

The Test Match Squash event Squash competition in which the England team takes on the Rest of the World. It was approximately 30 years since, the last Test Squash Match.

Given the Canary Wharf Classic, another flagship tournament of UK Squash will take place next March; the Test Match Squash event allowed fans in England (featuring a quartet of stars comprising Nick Matthew, James Willstrop, Daryl Selby, and Laura Massaro) to play against the Rest of the World.

Even though it was a narrow win for England over Egypt, this was a great motivation for the next generation to see via a digital media platform.

Squash and BBC – the perfect partnership

Many Squash fans will be asking one crucial question should the BBC capitalise on showing more Squash? The obvious answer is YES – but they will need to make the coverage extensive in terms of the following:

Even though the online viewing figures for the event were good, and aligned with warm reviews; it is a shame that the BBC did not do a follow-up on their breakfast the next day.

We live in a time where sports can be watched online on platforms such as Amazon Prime or Netflix, hence fans of squash will pay good money to watch major tournaments online.

Nevertheless, those who don’t have subscriptions to these platforms would prefer to watch Squash on television without any buffeting; hence broadcasting Squash is a great way to improve the marketability of the sport to a new audience.

To conclude, should the BBC consider televising Squash as it did with the Olympic Games and Formula One, as it would be great for increasing junior Squash participation and revitalise the sport across households in the UK.

If they do not, the BBC will continue to unappealing broadcaster with no connection to the millennials.