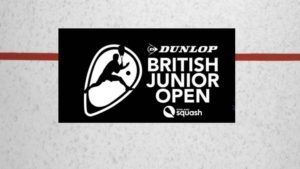 Despite the Egypt domination across the individual categories, in U17 category saw Sam Todd of Yorkshire brought home the gold with success, which was his third successive title in tournament. 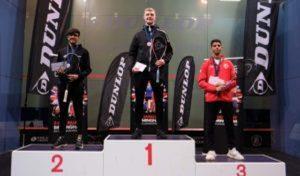 For Warwickshire’s Mariam Eissa, she won sliver in the girls U11 category, she played extremely well in a great final against female squash junior from Malaysia.

The other medal recipient was Yusef Sheikh of Essex, who had bettered his previous performances in the tournament.

Nevertheless, how will the success translate in term growth for Squash in the UK?

The result will it mean more development is going to be catalyst for growth in junior squash development in England, along the lines of improved squash provision and possibly more funding for squash clubs that are struggling.

As well, the Brits doing well, across the individual categories each young players from across the global put on great show in the finals, that would make their Squash coach very proud off:

The finals consisted of Egypt, Malaysia, India, and England, which is ironic as these squash superpowers dominated the senior ranks in the last decade and it looks like it going continue well into the future.

Squash fans can expect the powerhouses at a junior level to dominate in this decade, but who is going come out on top? Who knows, all we can say is it is going to be a close one between Egypt and England.

Overall, this success of the England’s Squash youngsters at a major Squash tournament demonstrates how the sport is growing through grassroots development.

In addition, the sport is growing in stature along the lines of success at junior level right up to senior level.

For any squash club that is suffering in participation can be rest assured that the sport is growing in success at tournaments.

To sum up the result of the triple medal success of the Brits at the beginning of decade shows the legacy of the players from the previous decade is going to continue.