May has seen a number of interesting developments in the world of Squash.

Some have been good, others have been sad, but in a way great, as the person is going to do some good – despite this here is some stories that caught our eye:

Laura Massora is perhaps one of England’s greatest Squash players of the modern era of the sport – when she announced her decision to retire at the end of 2018/2019 season, it was a shock as she joined two other Squash stars Nicol David and Ramy Ashour in retirement.

New Zealand is famed a lot of things, but now in Squash they can claim to have the youngest Squash professional – barely out of high school Kaitlyn Watts became a professional squash player at 8 years old, following in the footsteps of her role model Joelle King.

Jamaican Squash is on the rise 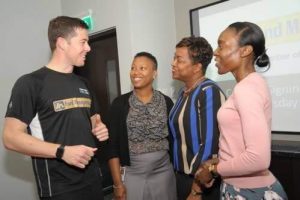 Chris Binnie, Jamaica’s no. 1 Squash player gave interview in the Jamaican Observer on how the performance of Squash players in the country is improving and are primed to take part in global tournaments in the next season. This is good news, as the national junior squad is doing well in tournaments.

With news of Laura Massaro retirement, fans of England Squash need not worry as the U15 & U17 dominated in the 2019 European Team & Individual Championships in Eindhoven, Netherlands.

Following on from Chris Binnie’s interview in the Jamaican Observer, there has been an emergence of two families dominating junior squash tournaments – Lucas and Savannah Thomson as well as Tobias and Sebastian Levy continued their winning ways at the Tingrinners Age Group Squash Tournament, the Liguanea Club in Kingston.

Squash moves on from Olympics pain

These stories show that the sport no longer concerned about the Olympic setback – in fact, Squash is rated as the healthiest sport of all time.

We could say that the sport is in good shape across the globe, especially in countries that have strong support via the government and media coverage.