In last decade or so, Squash has now very in Jamaica; from which the participation amongst young people is growing – in a way other sports such as cricket and football are becoming less popular as a sport to compete in at a grassroots level. 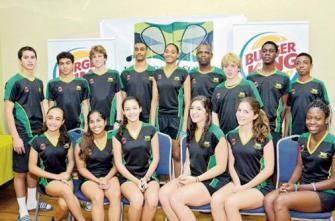 Several months ago, I read in the Jamaican Gleaner about news on the Jamaican Squash Federation’s partnership with Restaurant Associates Ltd, who operate and manage the Burger King restaurants in the Caribbean.

This sponsorship deal with a global brand can mean that Jamaica can compete on equal level with other Squash playing nations – especially their island rivals – Guyana and all-conquering Barbados in the CASA Championships.

Talking Squash with my grandfather

I found this news very intriguing, as I would like to have known the opinion of my late grandfather; he was a keen-sports enthusiast and enjoyed his sports. Moreover, the partnership is going to play a crucial part in the development of junior squash development in Jamaica.

When I was younger, I remember him talking a lot the West Indian Cricket team, but when the Jamaican football team reached the FIFA France World Cup Finals 1998; my grandfather was over the moon and called me to about with me in great detail. Nevertheless, in terms of Squash, he would ask me to explain to him mainly as in his time Cricket was the most popular in Jamaica.

Popularity for squash has grown a lot in other Caribbean islands, such as Barbados and Trinidad & Tobago with much success among the junior levels – this made me think could there be a West Indian squash team one day?

What would my grandfather’s reaction on this momentous partnership between a blue-chip brand and a growing sport in Jamaica? He would say, “I hope it encourages the youth of other sporting opportunities besides cricket, athletics, tennis, netball, and basketball” – I would totally agree with him on this.

I honestly believe the growth of squash in Jamaica can inspire the current junior players to continue playing squash with dreams of hopefully play squash represent Jamaica in the 2020 Olympics #votesquash2020; as well continue to inspire a new generation of young Jamaicans to take squash.

With the growth of squash in the West Indies can lead to inspiring children of Caribbean parents born in the UK to play squash, resulting in more participation and positive community cohesion.

To sum up, Squash has a long history in Jamaica and the country has enough resources to challenge the supernations at global tournaments; thus let hope there a Squash world champion player or team from Jamaica soon, from which it will be another world title honour to the country alongside their cricketing achievements.