To many Squash fans, the 2018 Commonwealth Games showed that Squash is a great sport for all, why? It made a strong case in why it is the greatest sport for people of all ages and nations.

Mainly as the sport shone with positive exposure and the debut of a star of the Caribbean, who made their debut onto the world stage. 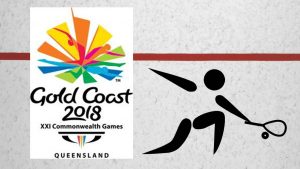 As a company, we watched the 2018 Commonwealth Games with great interest, in view to seeing how the sport is going to make a bold statement in its revival and sending a message to cynics that Squash is here to stay.

In our opinion, the 5 reasons why Squash did well:

28 nations, five events – men’s, women’s, single sex doubles, and mixed doubles. Though Squash is played indoors, the weather throughout the Queensland was great, but this did not deter the players to play their hearts out. It was great to see the Commonwealth Games debut of Megan Best (Barbados) at a major Squash competition, despite not progressing to the semi-final, she did well in showing her talent – oddly enough, Nicol David was the same age as Megan when she made her Commonwealth Games debut.

Being the UK, Squash fans were in for a treat as the matches were shown live on BBC on TV – which is great if you are doing a workout in a health club, especially you are doing a morning work. Could the BBC consider broadcasting live Squash in the future? Who knows, no doubt England Squash will be pushing to get coverage into the homes of the British public.

On the Twitter, there were plenty of tweets, retweets, and engagement via the hashtag of #CWG2018Squash. What was impressive was leading Squash stars such as Nicol David, Sarah-Jane Perry, James Willstrop, and many more sharing their stories before and after their matches.

There was an article in the Times suggested that James Willstrop victory could make a strong case to the International Olympic Committee (IOC) to give Squash its long awaited inclusion into the Olympics. Little do people know, Squash has had a 20-year relationship with the Commonwealth Games, and it has gone from strength-to-strength; but it would be good to see the sport as a part of the Olympic Games.

5. Winners can inspire the next generation.

Both James Willstrop (ENG) and Joelle King (NZ) success will have an impact on the growth on getting more young people to take up Squash. However, with James Willstrop success will serve as a tool to fight the case to keep Squash courts open. Most importantly put the sport back as a priority with England Sport.

The final between Joelle King (NZ) and Sarah-Jane Perry (England) was perhaps the highlight due the intervening of court sweepers, as the temperature was quite high. However, well done to Tesni Evans (Wales) winning a bronze medal, as a great follow-up to her most recent success at the British Open.

Looking ahead to Birmingham 2022

Come 2022, Birmingham will play host to the Commonwealth Games, now for us this truly going to a great for the sport as the capital city of the West Midlands; mainly as it is the most diverse city and there is a strong following of Squash.

Overall, it will be great to see Squash stars from the West Indies the likes of Meagan Best (Barbados), Chris Binnie (Jamaica), and Lewis Walters (Jamaica) compete in the UK, especially when West Midlands has a strong community of people from the Caribbean and inspire young children who are descendants of the Windrush generation to take up the sport.