On the first weekend of 2022, Squash fans of Birmingham were able to see the next generation of Squash talent shine at the 2022 AJ Bell British Junior Squash Championship. 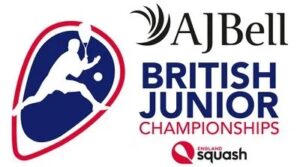 Despite ongoing issues with the Omicron pandemic, junior Squash players from across the UK took in the first major tournament of 2022 held at two of Birmingham’s prestigious venues – The Edgbaston Priory Club and the University of Birmingham.

Just like every junior Squash tournament, each young Squash player had a chance to showcase their talent against fellow Squash peers and also progress up the upper echelons of the sport in terms of joining the Squash elite who have won the tournament and gone on to become future Squash world champion. 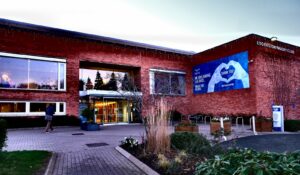 One of England Squash’s key management stated the participants taking part in the 2022 tournament were the best that he had ever seen.

This is glowing praise to the coaches and volunteers of grassroots Squash initiatives.

There were some of the young that talked about on social media are ones that are potential Squash stars of the future that we reckon can make the UK proud in the future.

Following her success at last month’s US Junior Open, Saran Nghiem of Manchester was looking to achieve another milestone title in reaching the final.

Having played well into the lead-up to the final, many observers have noted Saran has become a squash player that is talked about a lot in 2022 given her success in the u17 category of the US Open. In the final, Saran took on Torrie Malik.

For Torrie, she appeared to be cruising to another BJC title as she went two up in the G19 final, but Saran Nghiem fought back from 6-9 in the third to extend the contest before Malik closed it out in the fourth to complete the set of BJC titles.

If there’s one Squash star that everyone needs to watch Sam Todd from Leeds, who retained his B19 title which now gives him another major title to add to his previous U13, U15 & U17 British Junior Open titles.

In the final, Sam faced off against Finnlay Withington from Manchester and played a great set of games.

This could be the year that Sam progresses in the senior ranks; let us hope to see them take part in the Commonwealth Games in July.

In the U13, U15, and U17 categories, some participants have made a name for themselves.

After playing their semi-finals in the morning, the U11 finals saw the top remaining seeds Phoebe Griffiths and Tristan Sutton claim the titles. Griffiths beat second seed Esther Chak in three well-contested games, while Sutton beat Joshua Fillmore – who had overcome the top seed in a five-game thriller – in four games.

Both U13 finals saw the second seeds triumph over the top seeds. Harriet Broadbridge took a close first game against Mariam Eissa, who was then forced to retire with an ankle injury. Jake Johnston won a fierce exchange with George Griffiths in four.

The G15 final was between two 5/8 seeds who created big upsets in the semis, and it was Reka Semecsei who won three close games to claim her first BJC title. B15 top seed Archie Turnbull had match ball for a three-nil win, but although Dylan Roberts took the third he could not stop Turnbull in the fourth.

With the G17 final, the EPC crowd their own Meha Shah of Edgbaston Priory Club went up against top seed Amelie Haworth – Meha won she took the first game, and Amelie proved too strong as she took the next three games to add to her BJC honours.

As for the B17 final Yusuf Sheikh suffered an ankle injury early in the first game against second seed Abd-Allah Eissa, and although he struggled on, was forced to retire at two games down. 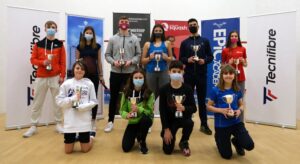 With months to go 2022 Commonwealth Games in Birmingham, the tournament served as a great opportunity to show the local community that Squash is an excellent sport to get involved in via the Squash United initiative.