This month was supposed to be the World Squash Team Championships – sadly, due to apparent political issues between Israel and hosts Malaysia, there is no final major Squash to see out 2021. 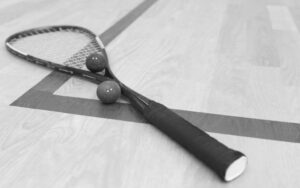 Also, the news of an outbreak of the omicron virus – made things worse for Squash in terms of international tournaments taking place.

Both these factors are out of the team’s control, but the political issues are very uncalled for – especially as things were on up in the world in terms of normality and guidelines were in place to tackle the pandemic.

Now whatever the issues between Malaysia, the hosting nation, and Israel, there’s no need for it when it comes to Squash, either way, the sport is a good way of bringing countries together and making peace.

On social media, there have been stories of alleged racial discrimination against Israel by Malaysia – now if this proved to be true; it is advisable that there is going to some full-scale investigation by the authorities – the national governing bodies.

Personally, it is not a racial issue as Malaysia is a friendly country and diverse.

So what are the social ramifications of political issues in Squash? Well, there are a few….

With no world team Squash championship tournament, taking place could have a serious impact on grassroots in the context of funding and publicity. 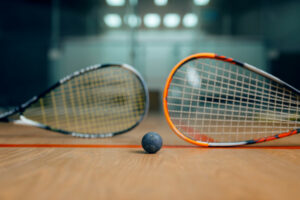 How you may ask? Every young squash athlete has a role model in Squash whether they are from their own country or another country, thus seeing them embroiled in some political scandal could deter them from playing Squash in a professional context.

Furthermore, when a country does a major Squash you know for a fact that the government will want to capitalise on it and will support it all the way especially if it means bringing the sport into schools.

Squash has always been seen as a sport that is friendly with a degree of professional etiquette when players are in an ultra-competitive rally on the court.

Now given the issues between Israel and Malaysia could potentially see alienation amongst players, in terms of global friendships in the sport in the context of cultural relationships between countries.

Some of the Squash pros taking the tournament are friends with their fellow competitors and there is no doubt the postponement of the tournament could cause some rift if there are political issues amongst countries.

Malaysia has a good record of accomplishment in competitive Squash, let us not forget the country has produced one of the greatest women players, and she is one of the global ambassadors for the sport too.

Sends a negative message to sponsors

Cancellation of major tournaments is poor for sponsors who are looking to be associated with Squash – especially when it comes to their marketing budgets.

Now the sponsors who were involved in Men’s World Team Championship must be chomping at the bit that the tournament was cancelled, nevertheless, the organisers will need to ensure they come back on board and get the nations to show a united front.

Obviously, the sponsors would have been annoyed to see the name associated with negative press.

Thankfully, there is a good way to win back favour with them, once the tournament is rescheduled – remember Squash is known as a healthy sport.

With all issues that the world has faced in the last 20 months, issues of politics in the sport are not good – especially as Squash is going through a revival in order to gain popularity with a new generation, who perhaps have family members who at one enjoyed the sport.

Personally, it is hard to understand why a great nation like Malaysia has a political issue with Israel – we never know if it’s something to do with the governments or something else.

Either way, Squash should not have to suffer or be embroiled in such a thing,

Moreover, the Israeli Squash Team gets a chance to play in competitive tournaments as a means to get their youth interested in the sport.

Let us hope the Men’s World Team Squash Championship takes place in 2022, as it would be an excellent addition to the 2022 Commonwealth Games aligned with together major Squash tournaments, thus making the sport a high-profile activity in 2022.