With news of significant investment from Sport England to boost Squash in the UK, available post-Commonwealth Games in Birmingham, is going to be a great thing for young and old people to take the sport. 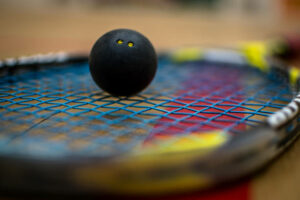 The funding is as part of England Squash’s plans to deliver a new initiative called Uniting the Movement, the governing body is going to receive an investment of £7,351,682 from government and National Lottery funding from Sport England.

Now this is great news for the sport, but in local communities in parts of England with squash provision, notably ones with a strong fan base.

At present, most people living the UK is facing a high cost in a living crisis the funding could help young people gain access to Squash provision, in addition keep active and hopefully empower older people to take the sport to swap their gym gear for a Squash racquet and socialise with other people from their local community.

Universally, the funding is going to help shine a different light on Squash in the UK from two perspectives in growing the participation levels too in the community.

With Squash, we all know it is a truly a diverse sport – but there has been some stories about Squash players from BAME encountering racism in the sport. 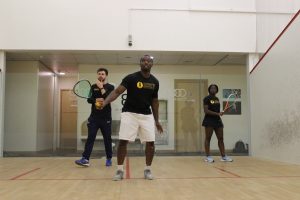 Now with the funding, it was good news to see that England Squash are going utilise the funding to tackle inequalities and enhancing the diversity of the sport are at the heart of England Squash’s strategy, Squash in a Changing World.

Let us not forget Squash is one Sport England’s priority sports, hence the governing body’s investment is going to enable England Squash to achieve its strategic priorities around increasing participation, enhancing diversity and nurturing talent.

A quote on tackling diversity and getting people active in sport from Tim Hollingsworth, CEO of Sport England, said:

“Sport England’s goal is to get everyone active– no matter who they are, where they live, or what their background is. But we know that certain groups – like women, people from ethnically diverse communities, and people with a disability – are more likely to be inactive.”

According to a press release by England Squash, Birmingham, our second favourite city (2022 Commonwealth Host) is one city identified as needing the most support, where inequalities mean that activity levels are often below the national average.

There are other areas in the pipeline, but it is going a great thing to see areas with strong Squash communities.

Obliviously, as a company we are thrilled to hear this, however we believe England Squash need to bring recruit more Squash coaches from BAME backgrounds and highlight talent demographic too, in order to encourage young people to take up Squash at their local club.

When it comes the leaving a legacy in any sport is important for future generation, so now because of the funding; Squash is going an excellent a legacy, especially when it comes to health and wellbeing.

With great work currently done so far by the Squash United, to promote the sport in the West Midlands, in the lead up the Commonwealth Games has truly shown how Squash can make a difference in the community. 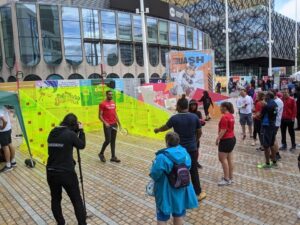 For instance, Mr Squash showed video of him playing Squash in the Grand Central platform of Birmingham New Street with a homeless man – now seeing shows that the sport is going to help people get back into shape and have a mindset of getting their lives in order.

In the past, we have said funding is going to be important for Squash – but hearing the announcement of a multi-million pound investment from Sport England and the National Lottery is a welcome boost for the UK provision.

Without telling England Squash how to spend the money, but it would see the resurrection of some Squash venues that closed down because of the pandemic and a fund to help venues that have historical value.

It would be good to a roll out of outdoor Squash provision too; especially in schools and an outdoor squash court in a park – just saying! 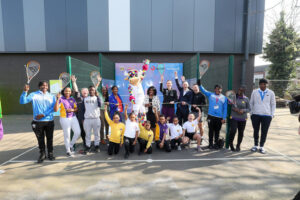 To sum up, the funding for England Squash is going to help make bring about healthier communities, and tackle the sport inequalities too – remember Squash is the healthiest sport in the world and let us hope everyone can reap the benefits of the sport in their local community.