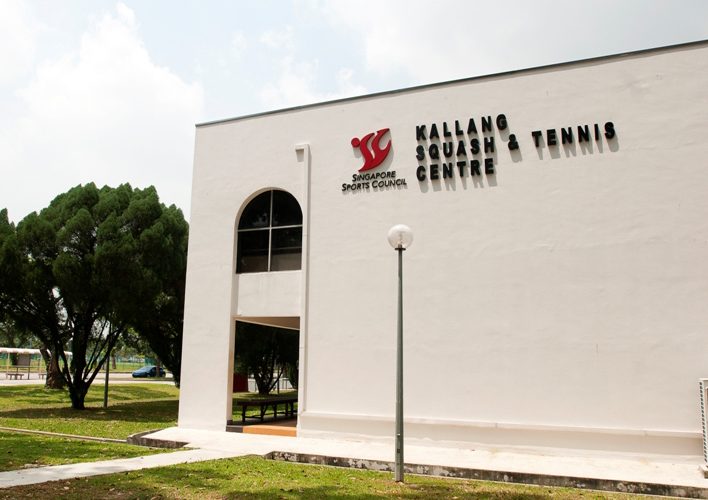 Towards to end of November, we received a notification about the Kallang Squash Centre in Singapore – the venue being under threat of close to make way for another sport.

It is understood that new development plans for Kallang Squash Center, Netball Center and Tennis Center announced on Aug 7 2019 (Straits Times) is going to make way for a Kallang Alive Youth Park.

Apparently, the Tennis academy provision is to move to a new center near Kallang Leisure Park, with Netball facilities moving to Toa Payoh. As a result there is no development plans for Squash till date.

Squash is Thriving in Singapore

Squash has a long history in Singapore and continues to thrive in producing great athletes who are bringing success to the nation in regional games.

On a recreational level there has been a consistent growth in participation and interest amongst the younger kids, youths, working adults and retirees.

Together these segments have formed Squash interest groups, training academies and clubs to promote the sport.

Despite this improving performance of the junior Squash players, there is s strong interest in the sports amongst the youth, even though the sport is ham-strung by the lack of squash facilities.

The provision at KSC constitutes 30% of this already tight capacity. The remaining 70% of public squash courts are in aging and deplorable facilities. They are also much less accessible.

Without adequate squash facilities, squash would cease to be one Singapore’s top performing sports in regional games.

Kallang Squash Center (KSC) is the best public facility in Singapore although lacking other services compared to Squash Centers in the region.

KSC is consistently 100% booked after school hours, during the holidays and weekends. The availability of public squash courts is already a huge issue for the squash community in Singapore.

The case to keep the centre open was stated by Sandra Wu, former Malaysian Squash player and now Technical Director of the Singapore Squash Association, raised the following points on why the Kallang Squash Center is vital for grassroots development:

A)    Need for a central and accessible flagship facility:

i)     To groom our talent pipeline

–      Kallang is a central location for players from different schools, for those living or working in different zones of Singapore to get to (unlike Yio Chu Kang or Burghley). Kallang is accessible via mrt and bus (unlike Burghley). Taking into consideration that many coaches and players (local and international) do not drive private cars.

–       It is also the training venue for many schools (which do not have squash facilities in their schools), the National Team, the Ultimate Squasher Academy (more than 120 students) and many Squash interest groups. It is the most vibrant Squash facility in Singapore.

–       KCS has core facilities and amenities to host local and international squash events which are critical to giving our Singapore players international exposure and competition experience.

–       KSC is the ONLYrespectable facility (with spectator seating) that can host international competitions.

–      Nestled in the vicinity of other sports centres (tennis, netball, swimming arena etc), it is convenient for organisers and spectators of regional games like SEA games.

B)     It holds a special place for the Squash fraternity:

ii)   Has historically been The SG Squash Centre

All key local and international tournaments and events have been held at KSC. It has a presence and reputation established amongst local as well as international players. All the national trainings are held at KSC. This is the place, our home where the national pride of SG Squash births and dwells. It is where the young aspiring squash players watch, train, compete and are motivated by the older, talented national players like Samuel Kang, Aaron Liang, Sneha Sivakumar, Au Yeong Wai Yhann.

These points illustrate how important the Kallang Squash Center is for the local community, especially among its key market segments and also how the development can help boost the local economy in the Kallang region of Singapore.

Should the petition be successful there are plans for Kallang Squash Center in benefiting the major development mainly increasing the number of courts from 7 to 10 courts, in addition to provide

Singapore Squash with a “home ground”in Kallang that is not only inspiring to Singaporeans but also presentable and effective in hosting international events.

For more information and to sign the petition please visit: http://bit.ly/2rLLJOS