It is time to stop Squash court closures, for the sake of future development of sport.

Whether it is the closure or removal of courts, it has to stop — you do not see in football pitches, or tennis courts? No! Because the local authority sports development, team spends a considerable amount of monies to prevent this from happening.

At the beginning of 2016, the Bath Squash Association launched an online petition to save the squash courts at Bath Leisure Centre being removed from the centre to a trampoline facility; we signed it and shared it with our friends through social media. Sadly, the petition was not enough.

In the last 10 months there has been plenty of success of British squash players, you would think that the local sports development departments would capitalise on the success of squash, in the form of more initiatives? No.

However, news of the existence of the Alton Squash Academy was under threat, as the local authority was looking to reduce the number of Squash courts at one of their partner bases; this came as a shock, as just the academy had its most successful season in the Hampshire County League. Read the Haslemere Herald for the full story.

This sounds weird, the team does well and council wants to reduce amenities, this sounds like a case of poor strategic decision-making.

The Ty Squash Vannes, a popular squash club with 200 members shut down last month as a result lack of investment. The members are not happy, as their Squash teams have no home venue to compete in local Squash tournaments. Over, in Australia, the Norwood Squash Centre, a fifty old squash facility was under threat of closure, as the owners were looking to turn it a retail unit. 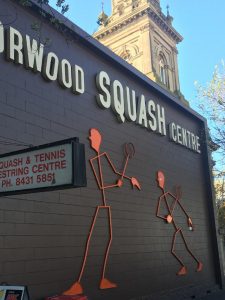 Why is this happening? Could it be that smaller squash clubs are lacking in support from the local squash governing body, in the form of funding and business support.

Alternatively, owners are receiving poor advice from a supposed sports consultant or their financial advisor giving shite strategic advice on how to grow their business. Either way, it is better to seek advice from a professional or seek out further investment through crowdfunding.

The two most viable solutions, we suggest to make squash popular in the community are as follows:

To conclude, these are two solutions will not impact on the public pocket, especially if there is a commercial partner helping to manage the facility. In terms of new markets, a higher education establishment without a competitive student squash team could make squash one of their sporting activities as it could help attract students with a great squash potential.

Of course, competition amongst commercial and independents could be the factor, but let us not forget Squash is now one of the healthiest sports to keep you fit. Hence, local sports development departments need to think strategically, instead of reacting to fads!

Maybe it is time for a review of monies spent on certain sports in the local authority, in terms of success rates in competitiveness and social impact.