For every young Squash player, having the opportunity to take part in US Squash is a lifetime opportunity not to pass up. Towards the end of December, Squash fans across America turn their attention USA premiere junior tournament, plus watch young players from overseas too. 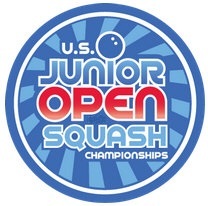 Just like the British Junior Open held in January, the US equivalent attracts players from afar as Barbados, Japan and Pakistan, to compete their US peers in one of the largest junior Squash tournament sanctioned by the PSA.

The US Junior Open is third largest individual junior Squash tournament, with the World Junior Championships, as managed by the World Squash Federation and British Junior Open is leading the way of prestige.

Due to the popularity of the tournament, the organisers host the event across a number of venues; mainly Ivy League university with a strong Squash following, thus participation by a junior player can improve their chances of going to one of the universities and attract scholarships.

Like CASA tournament in the West Indies, US Open always a strong media focus when the US take Canada, just Ford v Holden in Australia touring cars you can tell which superpower is going bragging if one loses.

It is hard to imagine the pressure, if you are a US-born young Squash player with Canadian blood, who do represent? The Stars & Banners or the Maple Leaf….either way it makes a great final for the media to write about, especially if it’s a USA v Canada final.

In terms of which nation is leading the way in the medals table or in titles; oddly enough the US young ladies lead old foe Canada with the Egypt third in the medals of the 3 times the amount of championship titles. In comparison to the men’s competition, Egypt leads the way, with Mexico and the USA, respectively second and third.

In terms of Europe success at the US Open Squash, well Great Britain has not done too badly with individual boys and girls titles; up and coming star Sam Todd won his maiden Men’s US Junior U17 Open title (3rd in total), which he adds to his British Junior Open U15 2018 title.

Meanwhile, Spain took its first US Junior Open Squash title with Ona Biasco in 2017, the same year when Meagan Best of Barbados won her first international titles in U17 category.

With the increasing popularity of Squash in America it is expected that the tournament will continue to grow following a record number of over 900 players participants from over 20 countries in took part in the 2014 tournament.

Personally, it would good see the likes of Jamaica enter the 2019 US Open Junior and show talent to the rest of the world, plus gain bragging recognition over Barbados of who has the best junior Squash teams from the Caribbean.

Overall, the US Junior Open is a great international tournament for junior Squash players to highlight their playing ability.