Having played host to the 2019 Junior Caribbean Area Squash Association [CASA], the junior players put on a great performance in front of their home crowd. 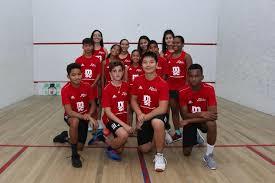 As a result, Ryan Jagessar, the national junior coach stated in the local media that he was looking to develop a talent pool of local players from the country.

Now, this sounds like the country is looking to make a challenge for bragging rights in the Caribbean as the best junior Squash team on the island.

When you look at the sporting achievements of Trinidad & Tobago’s over the years, the only sport that is associated with the country- cricket, thanks to one Brian Lara.

However, when it comes to Squash – the country has done well in local tournaments and even given the likes of Guyana, Jamaica, and Barbados a few headaches. 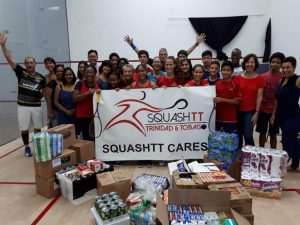 Over the years, it is obvious that the Trinidad & Tobago Squash Association have been working tirelessly to break the domination of the major three in Squash – but there is the hope they could do this based on the recent performances of their senior Squash players.

So how can Trinidad & Tobago Squash Association build upon the performance of the junior national team at the CASA?

Simple, seek out a major sponsor to back grassroots squash initiatives, which will help the sustainability of the sport, thus showing prospective junior players there is a help to boost their chances of progression.

If looking to get serious about capitalising on the local talent, why not looking into the recruitment of specialist coaching staff with backgrounds in sport science and mindfulness training to help the young players destress and help them develop further.

Also, have senior players conduct some form coaching clinics in local schools, which will help bring awareness with an emphasis on health and fun benefits of playing Squash.

Maybe consider introducing outdoor Squash to the country, as the weather is good all year round and will help keep people interested during the off-season.

To sum up, it always good to hear of another Caribbean nation looking to make its mark in Squash with plans to break the dominance of Guyana, Jamaica, and Barbados.

Maybe the 2019/2020 could see the Trinidad & Tobago take to the world stage with their senior players in a major Squash tournament.
Overall, the squash competition landscape in the Caribbean is changing to be one of serious contention of raising the profile of sports tourism and let us hope that Trinidad & Tobago will be an apart of Caribbean Squash super force.