Squash in Canada came about in the 1880s, with Bimbo Sweeney; a Vancouver native and pioneer players, who learnt how learned to play the game at his Vancouver residence in 1899 on a court built to English standards by the Honourable Cecil Edwards.

They established the Canadian Squash Association in 1915, and this year marks 120 years of the governing body. 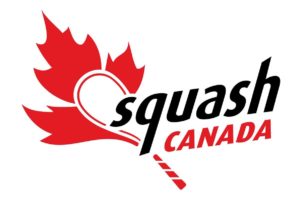 Both successful and unique in Squash

Beside the dual languages of British and French speaking, Squash in Canada is unique because:

2. Played all round – the one unique thing about Squash in Canada is a part of their Canadian Winter Games event, in a ‘province v province’ competition.

5. There are over 200,000 squash players in Canada, and a well-established network of clubs and professionals

Squash civil war with the US

Since 1922, both Canada and the USA have been competing in the Lapham Cup trophy, a Stanley Cup type competition; the first Squash tournament between two countries.

As Squash grew popular between the countries other Squash tournaments came about in the Squash civil war with the US- beginning with The Grant Trophy matches, then nearly 50 years later, saw the launch of the Crawford Trophy in 1999, and then the Lawrence-Wilkins Trophy in 2001.

These four events, held at the same time and venue, across Squash venues in Canada and the United States, in alternative years.

One significant change was in 2000, when all singles matches played with the international ball.

By 2004, there was new tournament just for Canadian and US juniors called the “Battle of the Borders.”

An idea by US-based Bryan Patterson and the late Mark Sachvie of Ontario as competition between Team Ontario vs Team USA; with groups of four players in taking in matches in GU13, GU15, BU13, and BU15 categories. They added the GU17 and BU17 sections in 2005.

The Battle of Borders has served as a launch pad for any junior players from Canada or USA to play on an international level.

The Club at White Oaks in Niagara-on-the-Lake, Ontario (near St. Catharine’s and Niagara Falls), has served as host for the competition.

Following a change of event management with Squash Canada taking over the administration of the tournament, the governing body have used the tournament as part of their grassroots development programme for their rising stars, from each year in their Athletic Development Program junior camps held before and after the event.

End of an era, new stars in waiting

Last month Samantha Cornett, multiple national Canadian Squash champion and seasoned international competitor announced her retirement from the sport – now the mantle of Canada’s leading Squash player will fall to Hollie Naughton, who is no.35 in the women professional rankings.

As for the men’s, since Jonathan Power’s retirement in 2006, the leading men’s players are Shawn Delierre and Michael McCue, they rank in the Top 100 of men’s professional rankings.

Despite the COVID-19 outbreak, Canada’s inclusive Squash program has continued to be successful and celebrated it second year of operation:

To sum up, the Canadian Squash is very intriguing as the sport has a great number of tournaments for both amateurs and professionals to take part in whatever the weather.

The Canada Cup Squash has a lot of prestige in being an international competition, which brings a lot of interest for the sport too.

Overall, Squash in Canada is right up there in popularity and could give the USA some serious competition; in the next few years providing there are more strategic partnerships, with global Squash companies that could support the sport at a grassroots level.