Despite the global coronavirus issue being topic in March; there were some interesting Squash news stories, both domestic and internationally that gave Squash fans reasons to be happy.

Even though world government officials said there needs to a lockdown, major tournaments such as the Canary Wharf Classic and Windy City Open, continued even though coronavirus was quickly becoming a global pandemic.

However, news of more people being tested positive for the coronavirus, as a precaution the PSA and World Squash Federation announced that all top-tier Squash tournaments were on hold to prevent further spread and infection.

These were six stories showed that sport in a good light, thus keeping the spirits of Squash fans happy:

Now at a Squash club in Toledo has recruited an new English Squash pro, who’s plan to create a sense of community at the club, thus you can expect this club to produce a future champion to follow in the success of Amanda Sobhy and hopefully another US born Squash world champion: 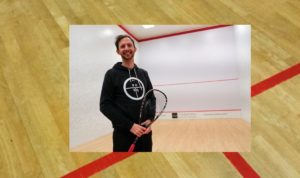 Click here for full story in the Toledo Blade

Women’s participation in Squash is on the rise, as approximately 781 women players took part in International Women’s Day taster sessions at Squash clubs across the UK, which saw an increase of 74% in attendance compared to records of attendance since the one-day event was established.

A young (& future star) Squash player aged 11 from Grimsby, raised the sum of £2,000 in a 5-hour Squash marathon taking on various opponents as part of the non-stop challenge to raise money for the Sheffield Children’s Hospital, which treated two of his friends for leukaemia.

One of the USA’s major universities has formed a formidable partnership with ASB Squash; the news of this major grassroots development for the US Squash scene, shows how serious the American’s are about their Squash. 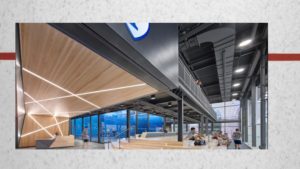 Photo: ASB courts at the University of Pennsylvania (Credit: PSA)

This is interesting development and come the next World University Squash games, you would be fool not consider the USA performing well against the Squash superpowers.

Click here for full story on the PSA World Tour

News of Scottish Squash pro, Alan Clyne’s 10th title success is bound to raise the profile of the sport in the country. Furthermore, the success will help boost their credibility on the world stage should the country enter the World Team Squash Championships with Alan as captain.

On her way to the final Hania (19) fought competition from experienced pros who are ranked above to defeat Nour El Sherbini.

Click here for full report on the PSA World Tour

Truly, this is defining moment of the sport, and we can expect more successes from Hania when the sport resumes play soon.

Squash will continue, but when is the question

As we said in a previous post Squash can continue behind closed doors with the help of live-stream technology of the matches with plenty of social media engagement- whether Squash members nations agree, then who knows when game will resume.

To sum up, Squash is an indoor sport, hence it should not have been suspended because of the coronavirus outbreak, – and instead members’ nations should come with an effective plan to allow some matches to go-ahead without crowds.

Let us hope Squash can resume play soon, with measures to prevent spread of the pandemic.