Birmingham boasts 5 of the finest Squash clubs outside of London; as as the UK’s second major city, since late 2010s the largest city in West Midlands has become home to Dunlop British Junior Open – one of the junior Squash’s most prestigious events held every January.

Now that Birmingham is new home to junior Squash, many have wondered could become a popular sport in the city? Well, the 2022 Commonwealth Games will help push more participation of the sport.

Already, Birmingham has its own Squash hero – Sarah-Jane Perry, who has done wonders to raise the profile of the sport in the UK’s second major city. 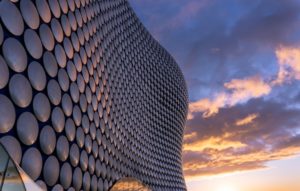 Ironically, Joey Barrington (son of British Squash legend, Jonah Barrington) and Stephen Coppinger, two of Squash’s greatest players to play the sport were students at the University of Birmingham.

Furthermore, the university is the most successful English university squash with the U.K.’s most successful squash program, since the university competition the institution has won twenty men’s and twelve women’s titles overall since 1949.Not only is Birmingham an impressive place to catch a Squash tournament in action, it is even a brilliant play too on a recreational level.

Whether you are living in the central part of Birmingham or Handsworth, one of towns of the glorious city, you are not very far from a Squash court.

Birmingham boosts a powerful network of private, public or voluntary managed Squash clubs, some of the highly recommended ones are: 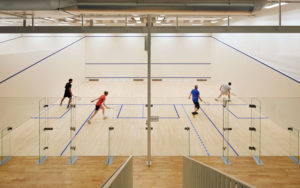 Located in the University of Birmingham Sports Centre; this venue is perhaps one sort of venues to play Squash in Birmingham – mainly the facility is one of five venue to host stages of the British Junior Open. With six Glass backed courts, soon the venue will offer members the chance to experience InteractiveSQUASH. 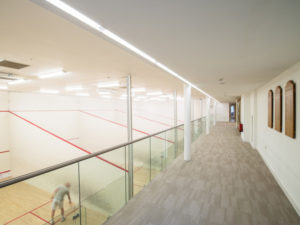 This Gold standard England Squash accredited venue is private members club. The club offers 18 squash internal leagues. In addition hosts stages of the British Junior Open. Their squash provision is truly world class, as their Players have contested in in regional national and international team events – with their women’s team being three time winners of the European Club Champions and the men’s team two time winners. 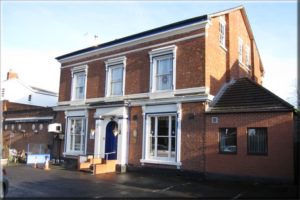 This community-run Squash club is a part of the Kings Heath Cricket & Sports Club and has awards for their Squash provision, mainly the Club of the Year – Club Mirror national award (Sports & Social). 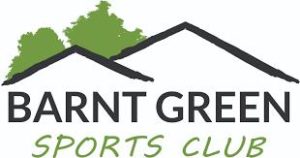 Described by its members as the West Midlands best kept secret; as the club is situated at the foot of the Lickey Hills a beautiful part of the Worcestershire countryside. With two top quality indoor squash courts, the venue has the “SILVER CLUB” accreditation by England Squash and run a successful “Mini Squash” programme for junior players.

Now Squash is very popular at this venue, in fact residents as far as Walsall and West Bromwich play at this venue its location.

Most of these club/centres are in the heart of such wonderful communities of Birmingham and are magnificent places to play and socialise after a game of Squash.

A boost for Squash participation from Commonwealth Games

In 2022, Birmingham will host Commonwealth Games and with Squash being a part of the games, there is hope that more people from the local community will get into the sport, especially those who have never played the sport before given the health benefits of Squash.

Previously, Birmingham hosted the World Squash University tournament and it has done wonders for attracting younger people to the sport, perhaps the Commonwealth Games will do the same.

Birmingham is a great place for all things, but with Squash the city has been a great location for hosting tournaments and it would not surprise many if the city one day hosts a major senior tournament sanctioned by the PSA, which can raise more interest in the sport.

Ironically, a few health clubs in the Central Birmingham used to have two or more Squash courts; sadly, this is no more. Despite most city workers can access Squash courts at the other universities in Birmingham, both Aston University and Newman College have courts that open to the public.

To sum up, Birmingham is doing outstanding things for junior Squash by hosting the British Junior Open and with the Commonwealth Games coming in 2022; you can expect a surge in participation amongst the youth – in form of London 2012 Olympic legacy, from which many could expect an new initiative of getting residents active through playing sport.

Hence, the local colleges and universities will use it to students who have a powerful interest in the sport to study and continue their Squash playing with them.

Roll on the 2022 Commonwealth Games.