We had an expectation that 2020 was going to be a good year for Squash – sadly, it was not, in fact it the same case for all sports – you could say it was distressing – why?

Well, for first time in our history, we saw everything at a grassroots development put on hold, and local Squash venues go into lockdown because of a global pandemic. Even some of leading names in Squash based in the emerging Squash nations have lost on substantial earnings because of travel restrictions.

Despite this, there have been some interesting major highlights for Squash in 2020, despite the pandemic: 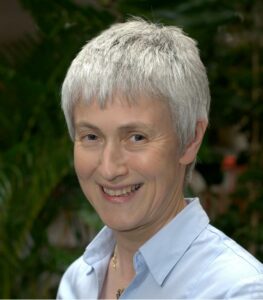 The World Squash Federation appointed a new President – England’s Zena Wooldridge won the election in place of Jacques Fontaine, and will serve a four-year term; this makes her the second female to hold the post since New Zealand’s Susie Simcock (1996-2002), furthermore Ms Wooldridge is the second English WSF president since the creation of the federation in 1975.

With Zena Wooldridge, her background includes six years as President of the European Squash Federation, between 2013 and 2019 and is the current Director of sport at the University of Birmingham, a venue that famed for hosting the British Junior Open each January. 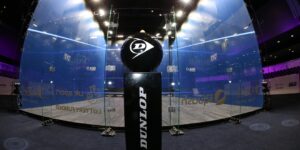 When some businesses were scaling back their sponsorship because of the pandemic, Dunlop renewed its partnership with the Professional Squash Association for a further three years.

As part of partnership Dunlop’s role will become the Official Ball, Racket, String, Grip and Bag Partner of the PSA continue until the end of the 2022-2023 season.

Not only is the manufacturer will have continue its on-site branding at all the PSA sanctioned major tournaments notably at the premier events – the PSA World Championship, CIB PSA World Tour Finals and Allam British Open; but there are plans to enhance Squash digitally with an introduction of new co-branded products.

So expect Squash to be in forefront of everyone who likes the sport and reach new enthusiasts, because of the partnership with Dunlop. 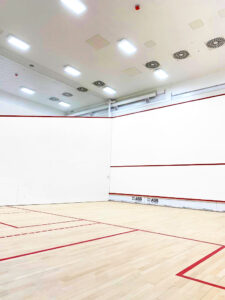 In the last few years, we have seen many Squash clubs closed or courts replaced as extended exercise studios or gymnasiums; despite the pandemic news of Braywick Leisure Centre’s development of new Squash courts in Maidenhead shows that some promise in the more opportunities for the local community. 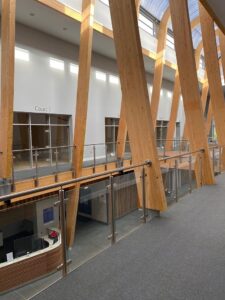 From the outset, the amenities are a welcome addition to the Squash provision in the Berkshire County. The development was a joint venture between ASB Courts and Court Care UK. 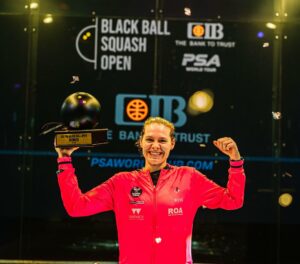 England Squash No.1 Sarah-Jane Perry gave Squash fans in the UK a good reason to cheer, in winning the prestigious CIB Black Ball Open title in a thrilling match against Egypt’s defending champion Hania El Hammamy on her home patch.

Ironically, come 2021 it will be countdown to the 2022 Commonwealth Games in Birmingham, the home of Sarah-Jane, whose achievement will carry momentum for Squash category of the games in our second favourite UK city.

Sadly, we saw smaller venues were unable to reopen after lockdown, notably those in local communities where Squash is a popular sporting and social activity amongst the residents.

This brought a question, whether, how can recover local Squash following two lockdowns? As a means to get the sport functioning in a new normal under Tier 2 or Tier 3 local restrictions:

Firstly, a stronger collaboration across local areas of the sport with venues operated in the voluntary sector need a serious cash injection to stay sustainable besides ensuring their members have decent courts to play on.

Secondly, local sports development units must work with the county Squash association to save the sport in the community. As it is, their best interest to sustain local Squash provision that the national Squash governing body can support.

In a pandemic, that no has ever experienced before, 2020 has been a year that all would like to forget in a hurry. However, from a Squash perspective, it has been the worst that all can testify as being damaging in terms of not being to play or socialise after a game with your fellow competitor.

Let us not forget grassroots programmes suffered too, as some parts of the UK labelled as a high-risk COVID-19 tier location; in which it is totally wrong, in this case venues in the Northern part of England were at a disadvantage in participating in the sport compared to the south.

News of new leadership, Squash is in a good place to handling any setbacks – whether it is a competitive or recreational level, why?

Squash has a bigger following for the sport than ever before, in terms of supporters and advocates like us, producing excellent content to keep us entertained when not being able to get on a court.

Come 2021, Squash will need to dig deep to get people interested in again, whether it’s at a local recreational level (notably for grassroots Squash) or on the professional circuit – the technology is there, it’s just up the management to utilise it well to boost the sport.