On 27th April 2022, BA Kolo Squash Club, our new partner, hosted their first “Challenge Squash Top Weekend” Tournament in the Democratic Republic of Congo; a local squash competition, which invited both young and adult players to compete in a 4-day tournament, held at the Elaïs Circle. 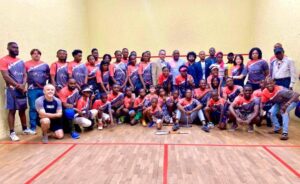 Just last month we formed a new partnership with BA Kolo Squash Club, which was founded by Bianco Kibuila – one country’s leading Squash players who have played the sport for a number of years and trusted mentor to Freddy Nzama, a member of our talent roster via our Talent support programme. 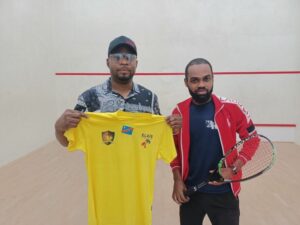 Our partnership came about when one of our team spoke with an associate who is looking to promote sport as a part of a local government project for a social initiative to encourage more people to take the sport in the Democratic Republic of Congo.

As a result, we have chosen to collaborate with the BA Kolo Squash Club in promoting Squash and mentor one of their players with the goal of helping him train in the UK as well.

When it comes to Squash tournaments in the Democratic Republic of the Congo, the country host many tournaments in which the best players take part to win.

Even our own Jean-Marie Besombi has won many local tournaments, just like Bianco Kibuila.

The “Challenge Squash Top Weekend” Tournament was a fantastic opportunity for the local players, young and adult – either recreational or professional Squash players to compete against one another.

Platform for next generation

Just like any Squash tournament, the “Challenge Squash Top Weekend” Tournament highlighted the junior Squash talent who are the next generation of Squash players from the Democratic Republic of Congo. 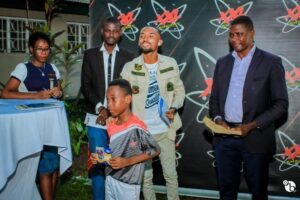 Like any other tournament, each young player competed against his or her peers in individual categories both male and female. 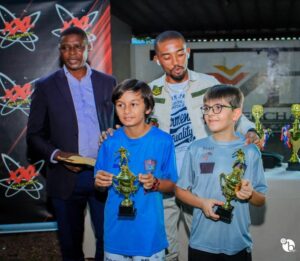 For the winner from each category taking part is something that they add to their player CV and showcases their craft, when they move up to the senior level and want to play in PSA sanctioned tournaments.

It is evident to say the Democratic Republic of Congo has an excellent grassroots system when it comes to Squash, thanks to excellent coaching and fitness staff.

The King and Queen of Congo Squash reign supreme

When it came to the men’s category of the competition, well Bianco won – and there were celebrations galore as he was held on the shoulders of his peers who brought him to the winner’s rostrum to collect his trophy. 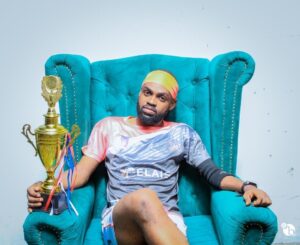 In the lead-up to the final of the tournament, many adult players who play at a recreational level sure did put a good match against their fellow Squash players and gave the pros some food for thought with some excellent shots in the rallies.

In the final Bianco won against a fellow Squash pro and across social media, many were posting the ‘King Returns’ – something which could be compared to the sports professional celebrating a major title win.

As for the women’s category, Leslie Tambwe won and played a thrilling final. 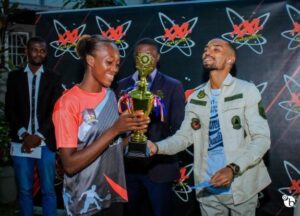 Overall, in the women’s category, there was a good show put on by the Democratic Republic of Congo’s leading women players – some of whom have accomplished wins in the national tournaments.

From looking at Squash in the Democratic Republic of Congo, it is evident the country has the potential to be a country that can challenge the top six Squash elite. 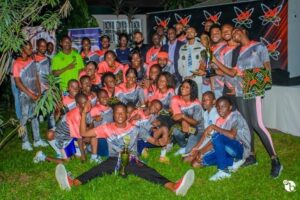 From a grassroots perspective, we look forward to helping BA Kolo Squash Club nurture the next generation of Squash talent and with our resources, there is a good chance some of their young players have the ability to play in any major international junior Squash competition. 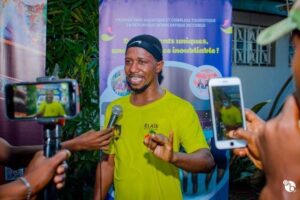 Some of the few positives of the tournament have to be the excellent media coverage for the tournament – something that is going to help promote Squash in the Democratic Republic of Congo. 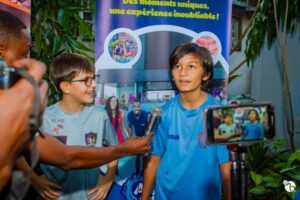 In a country of over a 90million residents, there is no doubt that the “Challenge Squash Top Weekend” tournament is going to influence young people from the country to take up the sport.

Furthermore, Squash venues across the Democratic Republic of Congo can meet the demand by welcoming new members to their clubs too.

To sum up, we look forward to building upon Bianco’s Squash vision of increasing Squash participation in his native Democratic Republic of Congo, along with helping venues meet the demand of boosting Squash provision for each market segment.